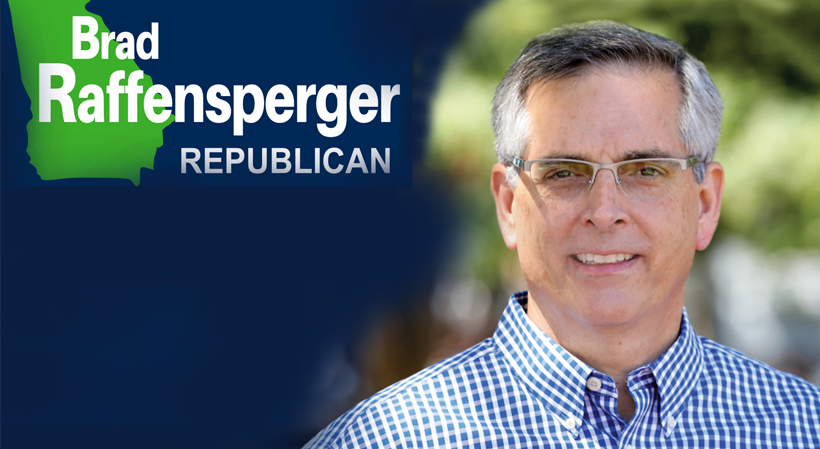 Georgia needs a Secretary of State who will safeguard our elections! In 2020, after the new census, the critical task of redistricting will also fall within the purview of the Secretary of State. The Secretary of State has a critical job as steward of Voter activities including Registration, Voter Rolls, Voting Equipment, and Voting Laws protecting voters’ rights. This includes periodic cleaning up the Voter Rolls based on strict and legal criteria in order to reduce the chances of voter fraud. All of these procedures are current Georgia Law, supported by past legal actions but challenged by Georgia’s Democrat candidates for both Governor and Secretary of State.

This office also has the critical responsibility to manage licensing requirements of numerous businesses or professional trades. The above are awesome responsibilities demanding both strong efforts in assuring voting is carried out properly and accurately by registered voters. In addition, it requires the understanding and acumen in the business world to carry out the wide range of duties associated with licensing. The candidates for the position disagree on how to ensure Georgians are able to vote and what’s needed to safeguard elections.

Until 2002, Georgia was a “Blue” State but with the election of Republican Governors in the next four elections and major increases in Republicans in the State Legislature, Georgia became a “Red” State with significant progress. In 2017, Georgia was moving toward a “Purple” State with significant increases in new residents and this was strongly evident in the recent 2018 mid-term elections.

Georgia “bit the bullet” in the recent threat of a Socialist candidate for Governor who had a very radical change in direction for the State in both economic and social areas, including significant changes to our Voting Laws. Look at all of her pronouncements continuing to protest the election in spite of the numbers showing she lost. Look at the significant number of unregistered voters who voted. We even had examples of non-citizens voting which, with her history in the House and her campaign rhetoric, she clearly supported along with elimination or relaxation of Voter ID requirements or efforts to improve our Voting system including registration and procedures.

Just like Florida, Democrats have issued numerous challenges in the media and the Courts to challenge and delay Georgia’s valid election procedures and outcomes using practically “everyone is qualified to vote, ID or not, citizen or not.” This should be a clear sign of the directions that a Democrat Secretary of State would take Georgia through.

SUMMARY OF QUALIFICATION OF CANDIDATES

Republican Brad Raffensperger a Professional Engineer and CEO of his successful engineering business of over 100 employees. Politically, he served as City Councilman in John Creek and as a State Representative. He has vowed to back strict photo ID requirements and appropriate cleaning up voter rolls of people who have moved, are deceased, or have been inactive for an excessive number of years and, after notification, remain inactive for several more years. His business acumen fits well with this office’s responsibility for licenses for businesses and professions. His engineering background is a strong asset in working with the Legislature in their efforts to specify requirements for replacing the aged touch screen voting system which is lacking a paper back up system for tallying the votes.

His opponent, Democrat John Barrow, is an attorney and career politician as U.S Representative. He is backed by Stacey Abrams and, like her, has very discerning views on protecting Georgia’s voting including being against strong Voter ID requirements or cleaning up voter rolls.

The runoff for Secretary of State is on December 4, 2018.

For polling locations, go to https://www.mvp.sos.ga.gov/MVP/voterDetails.do#.

The choice is very clear: VOTE BRAD RAFFENSPERGER FOR SECRETARY OF STATE!